He is a graduate of IYCS film school, and has also received his master’s degree in dramatic literature from the Arts and Architecture faculty of Tehran Azad University. As a screenwriter and director, he has made 11 short fiction and experimental films since 2004, all of which are efforts to invent a personal tone and style in Noir film and experimental cinema.

In addition to making short films, Mojabi has experiences as script writer for web series, as well as production designing and producing short films, and has collaborated with several Iranian and European teams in this field, and in this regard has won awards in international Pitching competitions.

Atefeh Khademolreza is an award-winning director and animator born in Iran and living in Toronto, Canada. Atefeh is a member of the Writers Guild of Canada and the Academy of Canadian Cinema & Television. Atefeh’s films have screened at prestigious film festivals around the world.  She is awarded Micki Moore Residency at the Toronto International Film Festival (TIFF’21). She is also an alumnus of the Berlinale Talent Campus, the Asian Film Academy and Reelworld E20. In 2020, she received a Toronto Art’s Council grant for her animated short film, ‘Father Tree’. Atefeh is driven to tell stories about women, immigration, and identity. Her work explores the experience of disorientation and reorientation both culturally and socially. She has an MFA in Film Production from York University in Canada and has made 16 short films, two features and they have been showcased and awarded in many festivals globally, including Berlinale, Vienna, Busan and Bogota. She has been a jury member for a variety of film festivals.

Born on 1980 in Tehran. Author, Filmmaker and film scholar. Ahi has a B.A in Cinema from Sooreh Art University and an M.A in Film Studies from University of Tehran. Before he started making films, Ahi studied theatre and acting in Germany and appeared in many plays and won some awards. He also hosted a show about Iranian Cinema and Theatre on national radio for over ten years.

Ahi writes as an author, and as an educator in periodical journals and magazines such as Film and Filmnegar. He directs and produces short films, documentaries and TV shows, and teaches in Tehran’s film schools and art universities.

Hafez Ahi collaborates with IYCS since he became an alumnus as a member of the education committee.

Nima Abbaspour is born on 1974. He has written and directed ten short films and four documentaries. He worked as casting director for Veit Helmer the German filmmaker. He has also been the writer and assistant director of several projects. He teaches cinema at the Iranian Young Cinema Society. He used to be a member of the Iranian Short Film Association Board of Directors (2010 – 2015(. His film “The Jungle” was awarded UNICA silver medal in 2010. He has been the member of jury and film selection committee in several festivals. 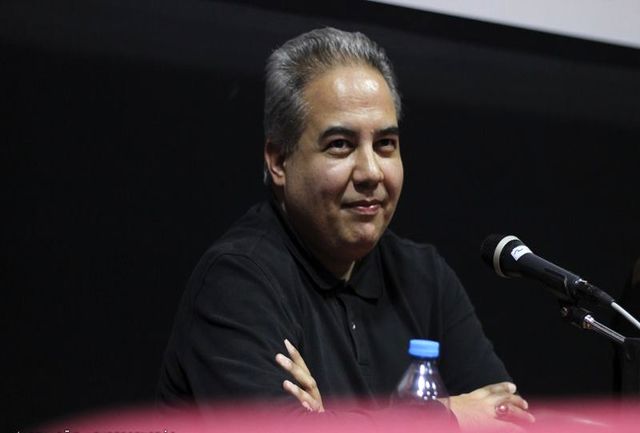 Born 0891. One year course at Iranian Youth Cinema Association. She began
making short films in 4112, such as; Chicken for Dinner, Daddy’s Guest, Hard, Straight, Awake
and Brother. They were shown at national film festivals including the Tehran International Short
Film Festival, and also in film festivals around the world, including Belgrade, USA, Herat and
India.
Noushin was nominated for best director for her film Brother and she won Best Film Script for
this film. This same film also won the Best Actor award at the Tehran International Short Film
Festival.this film was winner of the Razavi festival best actor and best film award and winner of
Mehr e Salamat best film award.
Her first feature film ‘ the son ‘ is winner of the Moscow best actor award and award the best film
on the main competition program of 24 moscow international filmfestival .
‘the son’ was selected in 01 rotterdam festival and prad festival (france).

– member of jury of Ghadir film festival in Bandar anzali 2002

– member of jury of the Dhaka international film festival Bangladesh 2012

– member of SIGNIS jury in RT filmfestival in Itali 2016