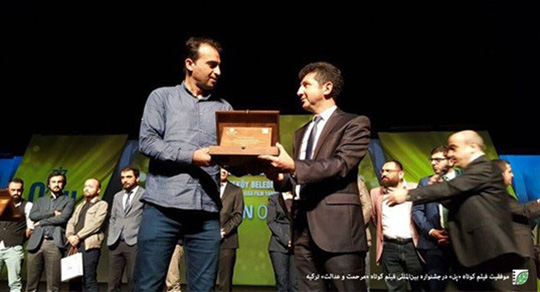 According to the Public Relations of Iranian Youth Cinema Society, The Short Film “Bridge” has been successful in its first international presence at “Merhemat ve Edalat” International Short Film Festival in Turkey.

“Bridge”, directed by “Reza Jamali” and produced by IYCS, has won the Diploma and 2000 Lire as the cash prize of the festival.

In addition to that, the short film “ A Village with No Thief”, directed by “Nafise Sa-adat” from Iran, has won the Grand Prix of the festival and received the Trophy and 30000 Lire (cash prize) at the final ceremony of the festival on May,8.2016.